Appointed to the role in May of 2016, Lili is the CFO of Amex Bank of Canada and Lead Financial Officer of Consumer Services.

As CFO, she sits across several committees of the Bank and interacts regularly with the Board of Directors as well as Bank Regulators.

Lili joined American Express in 1997 in Mexico City where she started as a Credit and Collections Analyst. Subsequently she held several roles in Operations (Management Information Systems) and Consumer Services Finance.

Lili is an active member of the Toronto Chapter of Financial Executives International and Women’s Executive Network. 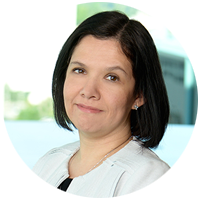