Brenda is a Strategic entrepreneur and award-winning leader with world class experience in women’s sport.  She created SheIS to demonstrate that transformation will occur through the power of fan engagement, updated policies and positive story telling.

SheIS established a mission to use the power of women’s sports to create a future of, by, and for women. It focuses on the positive attributes of sport to acknowledge and elevate women, as well as celebrates those who are collective powerhouses and unwavering cheerleaders for their fellow athletes. The SheIS Collective includes leaders from every major sport and represents the first time in history that all these sports leagues and organizations have stood together in support of one cause.  For the past 12 years Brenda was the Inaugural Commissioner of the Canadian Women’s Professional Hockey League and she led the efforts to baptize an international team from China that made the CWHL the first women’s league to have completed such a task. In 2013, Brenda was recognized with a “Women of Distinction” award by the YWCA, for her work in championing accessibility and diversity in sport. That same year, The Hockey News named Brenda as one of “The Powers of the Future”, in their annual Power and Influence issue.   In 2014 she was named the top 100 Award winner as Canada’s Most Powerful women by WXN and the Canadian Association for the Advancement of Women and Sport, Most Influential Women of 2014 and 2015.  The Hockey News in 2018 named her on the top 100 influencers in the game of hockey.  Always athletic, Brenda discovered hockey at the tender age of 16 and became the first women to ever play for a men’s college varsity team, her love of hockey took her into refereeing the game, ultimately achieving one of the highest rankings, Level 6.  Brenda sits as the VP for the Toronto YWCA Board, Board Member for Pelion Athletic Performance Center, with the Gordie Howe Imaging and Research Institute, and Board advisor to Tiidal Gaming E-Sports Group. Brenda is the author of two books, mother of two wonderful children and grandmother to five equally beautiful grandchildren. 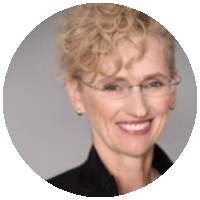